WoW: Wrath of the Lich King

How to Get Good Gear Fast

The process of gearing in World of Warcraft 9.2 can be tricky and time-consuming, but only if you do not know where to look for a good gear. In this article you will find everything you need about fast gearing in the Eternity's End update.

So, you finally did it! You hit level 60 on your first ever World of Warcraft character. But what now? There are so many things to do and interesting activities. However, other players do not often want to play with you when your item level is about 220, you have no Legendary items, and your Conduits are not giving you high DPS or survivability.

Well, this is understandable. You are not going to find a good Mythic+ team or a raid if you cannot do your job properly, so, first you should prepare your character for a fight. And this article will help you with that. Here you will learn everything you should know and do to gear up fast in WoW Shadowlands. Read on to learn more! 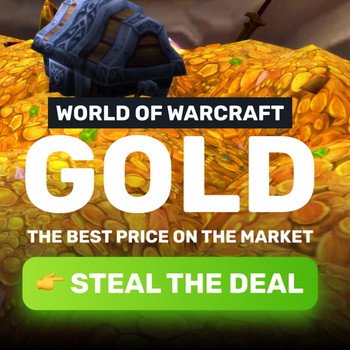 Quite obviously, the new location, which was added to the game as part of the Eternity’s Ends update, provides some opportunities to get decent gear. The item level of this gear is not very high, but it is still much better than the gear players usually have when they finish their leveling. Getting only a few pieces of 246 ilvl armor along with some Zereth Mortis quest rewards would significantly boost your efficiency in almost any in-game activity. But again, there are so many things to do in World of Warcraft new players often lose their way among all this variety. So, what should you start with?

Broker’s Gear is a range of bind-to-account tokens, which will give you a piece of green-grade gear appropriate to your specialization. This gear is arguably the easiest to acquire, but you will have to pay 500 Reservoir Anima per token, which is actually quite a lot. Still, this is an excellent opportunity to get your starter-level gear quickly.

You do not need to go far to find Broker’s Tokens. Broker Hadja is located in Haven – a small settlement of the Enlightened, which served as a center of operations for Oribos forces in Zereth Mortis and base for new players coming to this realm. There you can buy tokens for every slot, but the gear you get will only be 226 ilvl.

During your adventures in Zereth Mortis you will often receive pieces of gear, some of which will provide you with unique bonuses. Note that these bonuses will not be available beyond Zereth Mortis. You can get this gear as a reward for many story-quests in the Secrets of the First Ones campaign, daily, and world quests in Zereth Mortis.

Initially, the ilvl of these items is pretty low, but there is a way to solve this problem: spending Cyphers of the First Ones to upgrade the Cypher Console, making Zereth Mortis open-world items’ ilvl higher. This also affects the specific effects related to these items. For example, the Dimensional Translator ability will have a longer range.

Below you will find a more detailed explanation of Cypher Console upgrades:

You can find Cypher of the First Ones in puzzle chests and treasures all over Zereth Mortis, receiving them as a reward for daily and weekly quests in the zone, and also taken from corpses of rare monsters and World Bosses.

Antros, Keeper of the Antecedents

The Antros World Boss is a giant ancient automa, which wanders in the isolated island just north of the main part of Zereth Mortis. If you manage to defeat this colossal mechanism, you can get 259 ilvl gear and 200 ilvl conduits. Note that you will need to use a translocator to get to Antros’ island. This is not a difficult fight and a raid of players can easily demolish Antros, so no challenge here.

Below you will find the list of items dropped from Antros, Keep of the Antecedents:

Another source of gear in Zereth Mortis is Sandworn Relics, which can be used to buy 246 ilvl gear from Rafiq in Pilgrim’s Grace. These items are pretty rare and Rafiq wants a large amount in exchange for his gear. But if you regularly do daily Zereth Mortis activities and love to hunt down rare monsters in the zone it should not be difficult to farm them.

Where to find Sandworn Relics?

Everyone who ever set foot on the land of Zereth Mortis would agree that The Enlightened brokers are a very strange folk. Even for their kind. However, their strange beliefs does not stop them from being extremely helpful for Heroes of Azeroth.

Aside from end-game items and gear, The Enlightened can provide another huge advantage for newly leveled characters, the Font of Ephemeral Power. This little item can quickly boost your performance in any in-game activity, be it PVP or PVE, regardless of your class and specialization, by teaching you all the Conduits and upgrading them to 226 ilvl. So, as you can imagine, this thing is absolutely essential for your gearing.

This will be the main source of your gearing, because even +2 Keys can provide you with decent items compared to what you will have upon reaching level 60. If you play as a damage dealer, you can easily farm up to +5 Keys after completing the Secrets of the First Ones campaign – your item level should be enough by then. However, if you are a healer or a tank, your gear is much more vital for your party’s efficiency, so you should take more time gearing in Zereth Mortis before going into the Mythic Plus Dungeons. Also, do not forget about other important things, such as:

These things will also significantly boost your performance, so you are less likely to see your teammates being upset about you ruining their day.

See what ilvl gear you will get for each Mythic+ Keystone level: 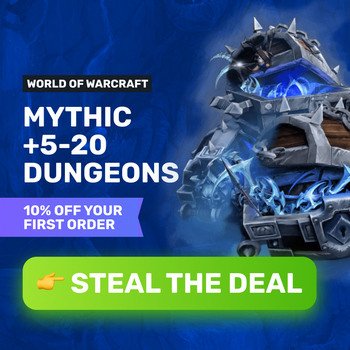 PVP gearing in World of Warcraft Shadowlands is significantly different from PVE gearing. It is pretty easy, though time-consuming, to get yourself a full gear of Honor Points purchasable gear with all possible upgrades. But if you want to progress further and get the Conquest Points gear (and upgrade it, of course) you will need to raise your personal Arena Rank, so your personal skill and your team’s coordination becomes extremely important.

Of course, in WoW 9.2 the PVP gear’s ilvl became higher than before, but all other requirements are the same.

Gearing in World of Warcraft has not been significantly changed after the release of 9.2 Eternity’s End update, so if you are already familiar with the ways of WoW, fast gearing there will not be much trouble for you. However, it will not be difficult for new players as well. Just keep the things stated in this article in mind and you will be alright.